Bleeped Examines Censorship — And The People Who Fight Back Against It 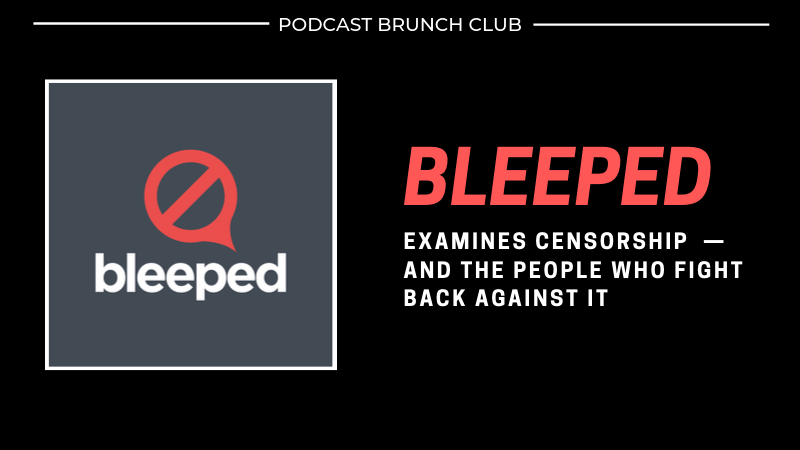 The freedoms guaranteed in the First Amendment — speech, assembly, press, religion — are considered the cornerstones of American life. However, that does not always mean those principles are applied in practice. The U.S. has a long tradition of silencing opposing voices through legal action, financial pressure, and other means.

Bleeped, a new podcast from journalist Matthew Billy, examines the ways that businesses, the government, and others prevent people from saying, thinking, or doing what they want. He tells the stories of people who have been censored and how they fought back against the controlling forces.

Episodes cover everything from felony disenfranchisement (voting rights for people who were previously incarcerated) to the legal saga of a couple who was sued by a company after posting a negative review online.

Matthew said the idea for the show came while he was working on his previous podcast project, Between the Liner Notes, which examined the history of the music industry and the artists in it. He was in Miami waiting for an interview with Luther Campbell of 2 Live Crew and got to thinking about how that band had been censored when it was sued for obscenity in 1990.

“I started thinking to myself that censorship that happens to a lot of people who aren’t musicians,” he said. “There were so many other stories to tell, and I was excited to tell them.”

Each episode of Bleeped focuses on one story that’s emblematic of a larger trend, like a former felon in Alabama looking for the right to vote, or a Florida woman who fought back against eminent domain.

Once Matthew started researching censorship, he was surprised by how pervasive he found it to be. He found his central characters from old news reports or footnotes in books he read on the topic.

Matthew said the people he contacted were eager to share their stories with the hope that they might inspire others to wage their own censorship battles, or at least think differently about the role that censorship plays in our lives. He was also surprised to find a number of nonprofits that provide legal assistance to people who want to stand up to censorship.

“I’m showing ordinary people who are fighting back against censorship. They’re not rich, and they’re not looking for the fight,” Matthew said. “It takes a long time, but they end up winning; they’re better off for it, and the country is better off for it.”