The Neon Noir: An interview with the show creator, Jack Delaney 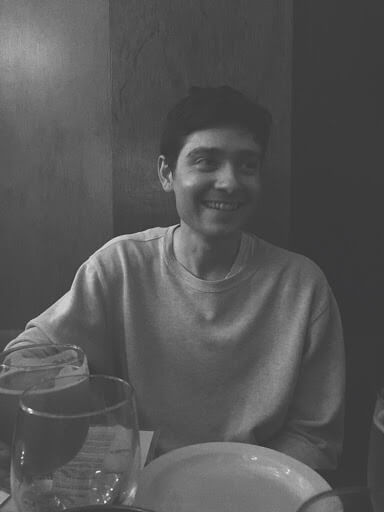 The audio drama genre is in a renaissance period. Science fiction, fantasy, and horror seem to be the most popular types of audio drama, but recently we’ve been seeing an explosion of audio fiction that steps well outside of the ordinary. The Neon Noir is one such project. It’s a podcast that uses a rich soundscape and first-person perspective to tell original noir stories. I sat down with Jack Delaney, the creator of The Neon Noir, to find out more.

PBC: What’s the short description of The Neon Noir?
Jack: The Neon Noir is an anthology of original noir stories and mysteries, told through the eyes of the characters living them.

PBC: Why did you decide to start it?
Jack: I had the idea for a noir anthology audio drama for a while. By having first person narration coupled with complex sound design, I felt that I could use audio drama to really tell stories from a first person perspective.

PBC: For those of us who are not film buffs, what is the noir genre?
Jack: Even if you aren’t a film buff, you’ve probably enjoyed elements of noir without even knowing it! Most people associate noir with crime dramas or detective novels from the 30s and 40s (which provides some stellar examples), but noir has evolved over time into any morally grey story that is both cynical, and has a heavy air of fatalism. There is always the sense of approaching something awful. Breaking Bad is absolutely a noir story. Harry Potter often uses elements of noir, with Harry journeying to somewhere dark and terrible after solving a mystery. Game of Thrones takes heavy cues from it. And that sense, that something terrible is being unavoidably marched to, is a feeling that I think is extremely present in America today. Noir is a genre that absolutely fits the times.

PBC: Tell me a little about the people involved in the podcast and all the talent involved (including the writing, sound design, acting, etc.)
Jack: Oh yeah, I’m so lucky to have so many talented people be involved with the project:

Ellis Fiori: Producer. Not only is he one of the most organized and hard working people I know, but he is the only person I go to for input with a new script. He’s a very talented writer in his own right, and they are always sharper after his input.

Erik Magnus: Our sound design all comes from Erik, but sound design feels kind of a cheap label for what he does. He’s more of an auditory cinematographer. He personally builds his own libraries of sound, and is always pushing the limit of how to create these complex environments for the characters to live in. Because of his talent and hard work, I have the freedom to not only pick any location I want for a scene, but I get to seek out really full locations that help the story because I know he is capable of making them.

Erika Ishii: She was the first actor I approached to be a part of the project. I had worked with her before on a comedy web series I created (Natural 20) and was really impressed by her. A lot of actors have to be directed- they’ll just adjust when you tell them to, but with her it’s always a collaboration. She’s really good at bringing out aspects of the part in her performance that aren’t explicitly written in.

Leo, Anthony, and Andre acted as well, and I was struck how each of them were so willing to dive into the project. It takes a certain type of person to get excited about a creative project when there isn’t anything except words on paper. You have to hold on to those people when you find them.

Grace Magnus designed our website! I have the sneaking suspicion that one of the reasons people end of listening to The Neon Noir is because they see the website and their eyebrows go up. Really, really good graphic designer.

PBC: What does The Neon Noir do differently to push the envelope on the audio drama genre?
Jack: Two things primarily. First, I do feel that the most popular audio dramas, up to this point, have been science fiction, young adult, or fantasy. Even though there is a rich history of radio noir, I think we have yet to see a real blockbuster noir audio drama. Second, most audio dramas take their cues from radio theater, in that they are written as stage plays, and for many good reasons (it’s cheaper, actors like to perform in front of an audience). I wrote The Neon Noir wanting it to sound filmed: to have a complex soundscape that, with the first person narration, puts you in the thick of it, right next to these protagonists. The Neon Noir really can’t be performed live because it’s written like a novel, not a play.

PBC: What do you hope the audience gets out of your podcast?
Jack: As I mentioned, many audio dramas take their cues from radio plays: the story is driven entirely by dialogue between characters. I wanted to write, and as a fan hear, something more literary. That meant non-diegetic first person narration (a staple of noir) and heavy sound design to immerse the listener. It should feel like you’re riding along with these characters, and have direct access to their thoughts and world, which feels very literary to me. I wanted to create a place where people can go for a more literary audio drama experience, and I hope that’s something listeners enjoy.

PBC: What other podcasts inspired you to create The Neon Noir?
Jack: It’s a very good time to be a fan of audio drama, the community is full of amazing, inventive content. I have the great honor of knowing Lauren Shippen of The Bright Sessions, so I’d be lying if I said that through osmosis I hadn’t picked up a lesson or two seeing her ascendancy from the sidelines. Her passion and creativity definitely opened my eyes to what a fiction podcast could accomplish artistically. Within the Wires is a very creative, and makes really clever use of how we listen to podcasts as part of the story. And lastly, this isn’t a podcast, but there used to be a radio program called “Lux Radio Theater” where film stars from the 40s would re-perform their hit movies as radio plays. Sunset Boulevard is a particular favorite of mine, and probably the grandfather of what The Neon Noir would eventually become.

PBC: Thanks so much for taking the time to give the PBC community an inside look at The Neon Noir, Jack! How can people get in touch with you?
Jack: We’re on twitter at @theneonnoir, or you can contact me directly through our website or emailing [email protected]. Always love to hear from listeners.